The Gore Boyz latest single "Spend A Bag" has officially graced the top spot on most the Top Indie charts. Where do they go from here? The Gore Boyz says "A bigger platform like a Major Label"

CHARLOTTE, NC, May 02, 2021 /24-7PressRelease/ -- The Gore Boyz latest single "Spend A Bag" has officially graced the top spot on most the Top Indie charts. Their single "Spend A Bag" is a true testament to their skill and a reason to keep an eye out for them in the coming months/years. 'SPEND A BAG' has gained over 600,000 streams on Spotify and over a Million on YouTube during the month since its release.

The Three brothers known as The Gore Boyz are releasing Pop and Hip Hop music and making change in the midst of a global pandemic. Despite their age, Herman, Edwin and Sean Michael have already racked up some amazing experiences and cultivated a great deal of talent. The Gore Boyz have been making music for almost a decade, an impressive feat.

The Gore Boyz have a sound that blends Motown, Newschool, Pop, Hip Hop and R&B to create a sound all their own.Their music is now Produced in Los Angeles by a team headed by Grammy Award winning artist, Theron 'Neff-u' Feemster ("Will Smith, Michael Jackson, Pop Smoke, Doja Cat"). 'Spend A Bag' talks about how you have to spend a bag on a girl to impress her. When the production team asked the boys what they were most interested in, the conversation naturally turned to girls. Afterwards, the team carefully crafted a track that is relevant to what is happening today. Like many of their listeners, the brothers are at the age when they would be taking girls out on dates (if not for COVID restrictions). TGB performs music that allows people to have fun, which is what they want their music to be about, while putting out clean, quality music that will stand the test of time.

Currently, The Gore Boyz are putting together more songs and will have more singles on the way, including a sample from the Ying Yang Twins ("Whisper") which is in production. Be sure to follow The Gore Boyz on all major social media platforms and download their new single, "Spend A Bag" from any of the top digital music sites.

Learn more about The Gore Boyz on Instagram. Listen to their music on Spotify. 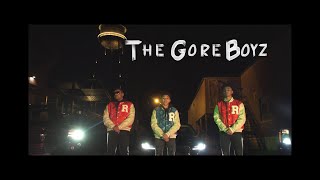