The Digital Marketing Expert and Superheroes fan Balram Jee Jha had a heart in News Research, Comicbooks, Superhero Universes, and Hollywood News Gossips which helped him convert the passion into the profession and founded the "Daily Research Plot".

The Motto behind dailyresearchplot.com is to provide authentic and genuine research-based articles for the fans of Comics, Superheroes, and Anime.

TACOMA, WA, May 29, 2021 /24-7PressRelease/ -- Over the past few years, the scope of Superhero movies and series has been increased, more and more audience series are getting, with the expansion of Marvel Cinematic Universe and DCEU, the number of fans has been increased worldwide. But the timelines of Comics and Series are mostly different, at Daily Research Plot we discuss and explain all the theories and details in a very easy manner.

Founded by Balram Jee Jha in 2019, Daily Research Plot is a dedicated portal for Entertainment News, Hollywood Gossips and Fans Theories Explanation of almost every Superhero Series and movie.

The Portal has been redesigned and developed for the Users who can interact with the writers and contributors over the thread in the comment box.

The Portal Daily Research has been co-founded by Balram Jee Jha in 2019, with the help of a bunch of friends who are emotionally motivated and dedicated readers of comics and anime series. Since its inception, the portal is growing exponentially.

And the Company is expected to expand the team this year in 2021. We have introduced new sections on our portal like Games Reviews and Anime News for fans across the world. For the users of low-end mobiles and Networks the new website has been designed on very clean and ultra-fast technology and server os cloud-based. 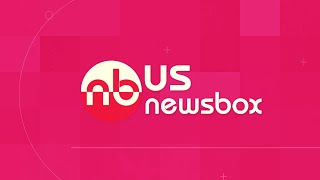