"We know there are many people who have gone to Terrenos Houston with the idea of having a new home in Texas. They've instead encountered land that floods and even their payments disappearing."

HOUSTON, TX, June 15, 2021 /24-7PressRelease/ -- Thousands of families, many of them immigrants, are banding together to take action against Terrenos Houston and Colony Ridge for what they say are numerous crimes that involve defrauding families out of millions of dollars, poor sanitation and roads, taking advantage of the elderly, taking advantage of immigrant populations and many other crimes and improprieties. "This company is taking advantage of immigrants. The neighborhoods look like Third World Countries and they are offering 100-year leases. Who does that? Crooks, that's who," says one homeowner.

An open letter by the citizens group has attracted thousands of individuals who they say have suffered damages and been the targets of other crimes by the real estate company after buying from Terrenos Houston and Colony Ridge. The group continues to be flooded with new stories each day from those who have lost money to this group due to false foreclosures and falsely inflated interest rates, among many other crimes.

"We know there are many people who have gone to Terrenos Houston with the idea of having a new home in Texas. They've instead encountered land that floods and even their payments disappearing. There are many many victims of this company and now we are coming together to do something, regain our assets and take legal action. We want people to know THEY ARE NOT THE ONLY VICTIMS. In fact this company has many lawsuits against them. They have a long history of abuse against their clients and their lack of proper sewage management is wreaking havoc on the communities around the grounds," according to the group.

This is a big story that is going to get even bigger. For more information visit: https://www.terrenoshoustondemanda.com/en/ and contact Maria Acevedo at: 346-225-9076 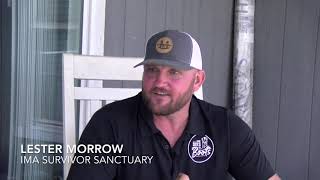 Missing records and growing evidence that a big new development is flooding neighbors in Liberty County.