NEW YORK, NY, June 18, 2021 /24-7PressRelease/ -- Hard rock/hip-hop fusion powerhouse DMC and the Hellraisers announce the release of their debut EP, Raw Cane Sugar. The five-track record is unrelenting and grapples with the core themes of rising up, facing fears, and overcoming struggles.

Formed at the intersection of legend and indie, DMC and the Hellraisers are a force to be reckoned with, as each of the five members brings a unique background and artistry to the group. The interplay between the rapping of Rock and Roll Hall of Famer Darryl "DMC" McDaniels (Run DMC) and the rock singing of drummer Veronica Bellino (Life of Agony) is a dynamic that's showcased throughout the EP. Thick riffs and unrelenting drums lay the groundwork for creative interludes from DJ Charlie Chan Soprano and guitarist Rich Devletian, while the definitive bass work of David Filice ties the entire package together.

From start to finish, Raw Cane Sugar is gritty and honest in both message and execution and follows the single release of the opening track "Hellraiser," a rock-rap anthem that throws a bomb on the collective anxieties of the past year. After raising some hell in the opener, the band gets to the point with "It's Like That", a modern-day reprise of the 1983 debut single from Run DMC. The 2-minute track reflects on societal disillusions, all while showcasing high-octane guitar licks. "YYY" adds a 3-minute dash of punk rock, with lyrics that take on personal struggles and a hopeful message that needs to be heard. The bridge segues into a blistering guitar solo as the drums build up into an explosive finale.

The next track is the single "Monster," which was previously released around Halloween with an accompanying music video. The opening bars treat the listener's ear to airy string-synth instrumentation and Bellino's soaring vocals, before transitioning to the band's sweet spot of metal guitar riffing and heavy drums. The EP's final track, "Wounds," delivers a powerful reflection of emotional pain and healing, concluding with a hopeful plea to "take these wounds away."

Overall, Raw Cane Sugar is a succinctly fierce statement from a band that says what they mean and rocks like there is no tomorrow. Download the EP from popular streaming services and check out the band's recently released Hellraiser music video on their YouTube channel. 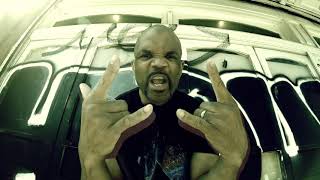