VANCOUVER, BC, June 23, 2021 /24-7PressRelease/ -- With growing worldwide radio airplay, a steady rise in streaming numbers, and new social media followers everyday, Canadian recording artist Rich Chambers can now add Film Festival to his ever-increasing musical resume. The socially conscious video for his original single, "I'm So Tired," has been selected by both the International Music Video Awards and the Rome Music Video Awards for inclusion in their respective 2021 film festivals.

"I'm So Tired" was released in January, and its accompanying video was immediately heralded for its hard-hitting social commentary. "I have never regarded myself as any kind of social activist," says Chambers, "but when I saw an angry mob of Americans descend upon Capitol Hill in Washington, DC, on January 6, I knew I had to say something."

His voice has come out in a music video that splices together a huge array of impactful social media pictures and videos to depict the social upheaval and unrest of our time. With an appropriately edgy and aggressive rock song as its backdrop, "I'm So Tired" speaks to the fatigue we have all been feeling. The video is currently up for awards in both film festivals.

Born and raised in Vancouver, Canada, Chambers picked up the guitar at age 10 and wrote his first song at the age of 14. With multiple influences that range from Buddy Holly, the Beatles, Johnny Cash, to Green Day, and countless others, Chambers has released five full albums and achieved significant worldwide success with his standout 2020 'Santa's Rockin' Band' Christmas album. With multiple song releases planned for the rest of the year, and well into 2022, Rich Chambers is making his mark as an artist to watch for! 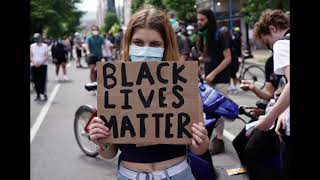