Someone will always see you as beautiful, whether or not you see it yourself.

BUFFALO, NY, June 29, 2021 /24-7PressRelease/ -- Melissa Kate is a Buffalo-based vocalist, arts educator, writer, and actress. While her career has included two decades with the 18-piece George Scott Big Band and international tours with Taylor Made Jazz, Melissa is established as an original songwriter with her previous albums Blind Faith and Kissed by Kate. At last, Melissa is delivering new music – and more to come! – with a re-release of her song "Western Jewel" from the Kissed by Kate album, accompanied by a new music video produced by Green Tater Productions; and a new dance song called "Beautiful."

The lyrics were written with a critical eye to the perception of Western culture's exceptionalism when viewed through a lens of ancient global history. It cynically points to a dystopian future where it's safer to "stay in." The song was written in 2006. Prescient? You decide.

"Beautiful"
"Beautiful was originally inspired by a kindergartener who was struggling in school, and the author wanted to convey the message of self-confidence that the young child would likely struggle with in later years. It morphed into the message that while you may not fit into society's construct of beauty, someone will always see you as beautiful, whether or not you see it yourself.

Message aside, it's a dance tune. The club beat and groove will stick with you. A Donna Summers-style intro leads to a heavy dance disco groove reminiscent of the '70s but modernized for today. Enjoy "Beautiful"! 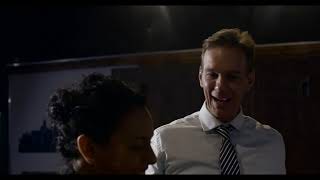