As part of the agreement, Rogue Space and Orbital Assembly will collaboratively formulate a binding Memorandum of Understanding (MOU) and develop opportunities with 3rd party organizations who may wish to purchase or sponsor the collection and use of the data generated from the P-STAR Mission. Separate from the MOU, Orbital Assembly and Rogue will also be signing a Collaboration Agreement to support the development and pursuit of data, sales, and other opportunities.

Rogue's Laura Orbots™ will provide observation and inspection services to Orbital Assembly, marking the first time a mission of this type has been conducted between two commercial organizations. Rogue's Laura Orbots will accompany the P-STAR system on its launch planned for 2023. Once the launch vehicle reaches the deployment location, the Orbots™ will take position to monitor the P-STAR deployment. After deployment, the Orbots™ will perch in various stand-off locations around P-STAR to record the complete demonstration.

"Rogue's vision is to be the first interplanetary infrastructure services provider and we are extraordinarily pleased and honored to support Orbital Assembly's P-STAR Mission with our Orbots™. This mission is a game-changer in the orbital services industry and is the first of its kind," said Jeromy Grimmett, CEO of Rogue Space. "We are working very closely with Orbital Assembly, to ensure the P-STAR Demonstration is a complete success."

In December of 2020, Rogue entered into a Cooperative Research and Development Agreement ("CRADA") with the Air Force Research Laboratory (AFRL) Space Vehicles Directorate, Geospace Technologies Division. The CRADA focuses on research areas of combined sensing and propulsion capabilities, as well as enabling the examination of Commercial-Off-the-Shelf (COTS) components to determine their feasibility for future space applications on a proliferated architecture. Rogue is on schedule to deliver a demonstration mission for their Laura-1 spacecraft in the Summer of 2022 in cooperation with AFRL.

About Rogue Space Systems Corporation
Rogue Space Systems Corporation is a Laconia, New Hampshire-based company that designs satellite vehicles and subsystems to provide on-orbit services to satellite operators. Founded in 2020, the Rogue team is building a fleet of Orbital Robots (Orbots™) that will perform a variety of services for orbital assets in LEO, MEO, and GEO including inspection, maintenance, repair, transport, and more. The fleet is supported by a first-of-its-kind AI-enabled sensory observation platform. For more information, visit: www.rogue.space. Follow us on: Facebook | LinkedIn | Twitter | YouTube | Instagram 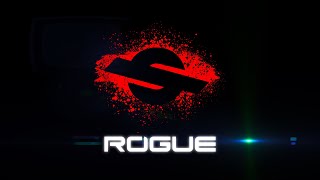