Indie Film Rising in Texas! Not So Sane Entertainment Releases Second Feature Film Of The Year

While most of the entertainment industry has limited production during the pandemic, Director Brett Mauser has used this time to produce content featuring actors such as Carlos Leos, Xavier VanderBlue, Ryan Jasso, and Nicole Mattox.

SAN ANTONIO, TX, July 02, 2021 /24-7PressRelease/ -- Not So Sane Entertainment has been on a mission in 2021. That mission, tell as many stories as possible, provide educational content about the industry, and make Texas (San Antonio) a household name in Indie Film. In January, Brett began filming his first feature of the year "Lady Lawman". The film was shown in select theaters, and is now available on Amazon. The film was well received by his audience, and welcomed with open arms. Upon release, Brett quickly decided it was time to get back to work.

In June, Brett brought back the duo of Leos and Vanderblue and paired them with Austin based actress Nicole Mattox for his second feature of the year "The Tag Conspiracy", a SteamPunk Sci-Fi now in Post-Production. This film is action packed, and filled with thrills and punch lines.

While some use their job, the pandemic, or their social circles as an excuse for not achieving their goals, others use it as motivation to complete a task at hand. Brett Mauser and Not So Sane Entertainment are the perfect example.

Not So Sane Entertainment is a cinema production company designed to educate it's viewers in the entertainment industry, as well as deliver the stories that Brett Mauser has been dying to share with the world. He encourages aspiring filmmakers to get out and film no matter what their budget is. A final product is better than no product, and you continue to grow along the way. Not So Sane Entertainment also offers film tutorials, casting calls, as well as a YouTube series titled "What Went Wrong". For more information/updates on future projects, please visit their website. 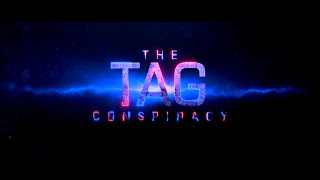