"NEW LEXIO," Is Ready to Launch on Kickstarter

NEW YORK, NY, July 06, 2021 /24-7PressRelease/ -- Most children living at the present age do not play games with their parents. As kids prefer to spend time alone playing online games with the use of PCs or mobile devices, the interaction between parents and children is greatly diminishing. This lack of personal exchanges is also intensifying the difficulties in understanding and communicating each other's cultures among generations. Amid such a state, a wholesome board game "NEW LEXIO" has announced its Kickstarter launch, stealing the limelight with its simple rules and unique system.

"NEW LEXIO" is the world's first board game combining poker, mahjong, and special cards. The first person to put out all the tiles that were equally dealt to players takes the first place. The key to winning this game is putting out a higher tile than the one laid out by the previous player. While its cuboid-shaped tiles remind of the eastern mahjong, the rules of this game adopt those of poker. Ones who know the poker rules can understand the entire rules of this game in just one minute, but being unaware of them will still have you learn this game within two to three minutes, making "NEW LEXIO" easy for men and women across ages.

"NEW LEXIO" includes 18 special cards. Depending on how you use them, they can generate an endless number of cases, and using just one of them can help the last in place to win over the game by surprise. Unlike typical board games where only the first in rank gains scores, everyone except the last in place achieves scores in "NEW LEXIO." This even boosts the motivation of participants with low scores or less skills and maintains high tension and competitive spirit until the very last moment.

"NEW LEXIO" particularly satisfies all the visual, tactile, and auditory senses. The four themes symbolizing the sun, moon, star, and cloud and theme-appropriate illustrations present visual delight. The tiles in a rectangular shape stimulate the sense of touch with heaviness just suitable to grasp. The rhythmical sound of mixing tiles catches the ear's attention. The color options of classy black and clean white can be selected depending on an individual's taste.

In the meantime, "NEW LEXIO" has announced its launch on Kickstarter in the coming July. More details can be checked on the official Kickstarter homepage. 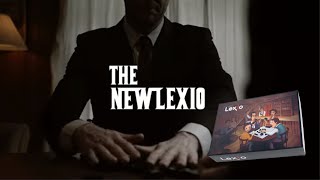