'Disorderly Transition' Has Landed: Dr. Barbara Taber's Hit Series Wraps 1st Season with a Masterclass in Podcasting, Reporting, and Sociopolitical Entertainment. Everyone Should Be Paying Attention

Esteemed educator, author, and podcaster, Barbara Taber, EdD, has delivered the highly anticipated season finale of Take It Or Leave It, against impossibly high expectations, following the landmark achievement of her previous three episodes.

I've done my best to help listeners navigate these confusing and perilous times, while showing them that democracy is fragile. The healing might not be pretty, but it has begun.

SUFFOLK, VA, October 18, 2021 /24-7PressRelease/ -- Not too long ago, Dr. Barbara Taber wowed the entire world with her podcasting tour de force, '2020 Division' (S1E3). A special series-within-a-series, this four-part smash took her podumentary, Take It Or Leave It, to new heights. The episode went on to redefine just about everything people thought they knew about Barabra's show. Such a bold, unflinching move is an action ordinarily reserved for later in the first season—or in a later season altogether—but she knew it was the right time, and Barbara Taber is never one to shy away from a challenge.

Having established the tone, feel, and various motifs of her show during the first two episodes, she wasted no time in going large and throwing herself headfirst into the news cycle, which, at the time, was chronicling the final weeks and months of the Donald J. Trump presidency. In fact, the show culminated in a 2020 election night finale, having benefitted from countless fateful moments along the way. That was indeed the moment when Take It Or Leave It evolved into what we know today and the proverbial gloves came off; the moment when production and real time news cycle merged into something that cannot be planned, bottled, or duplicated.

Those are some mighty big shoes to fill, we think you'll agree. But, how does one fill them?

Dr. Taber and her production team knew that reverting to a regular-size episode after '2020 Division' (which had been the plan) was out of the question. On the other hand, would repeating the same formula just be a set-up for second best? The pressure was on twice-over, too, because this was also the season one finale in question. Barbara needed to shoot her shot and make it count.

Shoot it, she did, and that's why people all over the world can tune into her website today to witness the unveiling of Dr. Taber's mini-feature film known as 'Disorderly Transition'. Clocking in at nearly 45 minutes, this is by far the longest single episode of Take It Or Leave It ever made, but we trust that fans will agree the show does not overstay its welcome by even a minute. Equally exciting is the fact that the fourth episode also marks the debut of the show's new format, which has taken the graphics and sonics to the next level, integrating motion picture in addition to the usual still images that the audience has come to know and love.

But, make no mistake: All these statistics and bells and whistles wouldn't mean a thing if the content was substandard in any way. Given the incredibly high bar set by the first three episodes, the question on everyone's mind is this: 'Have they kept up the quality?'

Well, let's put it this way: If you're a fan of Take It Or Leave It, this episode is the ultimate expression of what the show is all about. Dr. Taber examines the presidential transition, the Biden agenda, and January 6th in a vital, substantive way. As always, she gets right to the heart of these matters, addressing the swirling array of major issues (COVID-19, race relations, etc.) and relating them to her main thesis: Whether talking about the new administration, the pandemic, or the social ills outstanding, what does a return to normalcy actually mean for America, and is it too late to survive?

Listen carefully as Dr. Taber soberly dispels conspiracy theories, makes confusing concepts understandable, and offers her pointed take on what's happening, what needs to happen, and what likely will happen. Viewers will marvel at Barbara's 'predictions-come-true' as she points them out, while remarking on the veritable feast for the eyes and ears made possible with the new production upgrades.

"I feel that 'Disorderly Transition' is arguably the strongest episode of my show yet," shares Dr. Barbara Taber. "I've done my best to help listeners navigate these confusing and perilous times, while showing them that democracy is fragile. The healing might not be pretty, but it has begun."

Dr. Taber's riveting season finale is a masterclass not only in the obvious stuff—podcasting, politics, reporting—it is also a lesson on how to rise to the occasion and hit not one, but four consecutive home runs, each more impressive than the last.

Don't take our word for it, though. Head over to www.DrBarbaraTaberSpeaks.com today, and check out the groundbreaking season finale of Take It Or Leave It.

Amazingly, Barbara Taber is also releasing the third and fourth chapters of her autobiography. This project is largely unrelated to Take It Or Leave It, the show, but they do share a name—and not by accident, either. The book is being rolled out virtually, online, through an interactive, new website where the story can be updated at any point, whether through text or visual aids. This memoir of Dr. Taber's life is just getting started, but it's already gaining steam on her well-established podumentary.

"By experimenting with this new format, I'm allowing people to be a part of the process with me," explains Dr. Taber. "I think this is the perfect platform for an autobiography, because an autobiography can only be written by an author whose story has not yet ended. So, why shouldn't their work represent that as well?"

Will Barbara Taber keep adding more and more chapters, or will she know when it's time to put a frame around the artwork? Visit www.BarbaraTaber.com to find out.

CLICK HERE TO READ THE NEXT PART OF THIS STORY 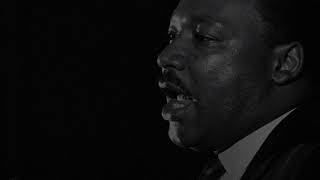 Take It Or Leave It: 'Disorderly Transition' (Viewer Discretion Is Advised)