Seoul ranks 16th out of 280 cities in the Global Startup Ecosystem Report 2021 released by Startup Genome, a startup ecosystem research and analysis firm in the United States.

‐ The report says Seoul's startup economy is evaluated to create US$ 47.2 billion in the ecosystem value, and excellent talent pipelines and high R&D investment amounts are strengths of Seoul.

‐ With the goal of cultivating 40 unicorn companies in Seoul by 2030, Seoul will invest in scale- up funds and strengthen startup sales.

The Seoul Metropolitan Government announced that Seoul ranks highest-ever 16th globally for its startup ecosystem in the Global Startup Ecosystem Report (GSER) 2021 released by Startup Genome, an American research and analysis firm. According to the report, Seoul's startup economy is evaluated to create US$ 47.2 billion (KRW 54 trillion) in ecosystem value.

This year's evaluation was made with data on startup companies across 280 cities from 100 countries around the world. Seoul first appeared on the list in 2017 and jumps four spots from the previous year, marking the highest ever.

Startup Genome cites excellent talent pipelines and high R&D investment amounts as strengths of Seoul. Especially, Seoul ranks in the top four in knowledge accumulation, which is evaluated by the number of researches and patents. It is analyzed that Seoul has a rich corporate environment, with nine out of 11 unicorn companies in Korea currently located in Seoul.

In addition, Startup Genome highly evaluates the growth potential of the city's startup ecosystem in that the Seoul Metropolitan Government actively implements startup policies, such as creating a startup cluster throughout the city.

Since 2009, the city has been promoting full-fledged startup policies, starting with a project to select and nurture 1,000 teams of young prospective entrepreneurs a year. In order to foster the ecosystem, Seoul has grown more than 13,000 companies by continuously expanding its startup clusters in Mapo and Yangjae among others. Thanks to such efforts, Seoul has achieved 5 trillion won in sales, 854.3 billion won in investment attraction, and job creation of more than 17,000 people.

According to the Global Startup Ecosystem Report, AI&Big Data and Analysis, Life Sciences, and Gaming are strong sectors in Seoul's startup ecosystem.

In October this year, Seoul is expanding its infrastructure by opening the BT-IT Convergence Center, a digital healthcare startup support center, and a support base for win-win technology collaboration programs between large and medium-sized companies and startups in November.

In addition, Seoul plans to promote the spread of talents and research capabilities to a startup culture by strengthening the connection with universities.

In the future, the city plans to strengthen its competitiveness by fostering seven innovative industrial clusters, including IT in Yongsan and Fintech in Yeouido, and three cultural tourism convergence clusters in Dongdaemun and Jamsil.

Meanwhile, out of a total of 6 Success Factors in the Global Startup Ecosystem Report, Seoul outperformed in Knowledge, Networking, and Performance, while Funding, Market Reach, and others were rated average.

In this regard, Seoul plans to focus on upgrading innovative technologies and products for startups by creating and investing 10 trillion won in a policy finance fund for ten years to strengthen the competitiveness of startups. In addition, Seoul Metropolitan Government said that it will support prototype production, mass production, and R&D, and expand testbeds for products and services so that startup ideas can be quickly commercialized.

Hwang Bo-yeon, Deputy Mayor for Seoul Economic Policy at the Seoul Metropolitan Government, said, "With the goal of cultivating 40 unicorn companies in Seoul by 2030 and ranking alongside the top five for the global startup ecosystem, Seoul will create a startup-friendly ecosystem and support startup companies by focusing on the essential parts for them, such as Seoul's policy finance, support for commercialization for rapid market settlement, and network expansion for global market entry." 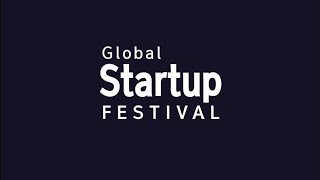