A supernatural suspense thriller and love story where the lead character, holds a secret he's kept since childhood--he speaks with The Sainted, and now must combat a modern-day Satan to save humanity.

SANTA BARBARA, CA, October 26, 2021 /24-7PressRelease/ -- A powerful series of novels, from Harbour Point Publishing, is set for release this fall as author Michael Medico introduces his first book in The Sainted Trilogy series, "Evil Awaits" available to online and retail booksellers on November 8, 2021.

"The Sainted Trilogy" is a supernatural suspense thriller and love story where Chris Pella, the lead character, holds a secret he has kept since childhood; he can communicate with The Sainted. Through vivid, sometimes frightening visions, Chris is transported back in time where he learns teachings from the men and women who, over the centuries, would become blessed icons of the Catholic Church.

Book One of the trilogy, "Evil Awaits" is a terror-filled journey that encompasses the dark worlds of drugs, ritualistic serial murders, and exploitive prostitution ending in an epic showdown with Satan and his demon hoard. It is this horror that our hero is forced to confront, and it is this evil that tests his resolve to fight for the very soul of humanity and the soul of someone he loves.

According to AT3 Company founder and author, Robert Charles, "We're honored to take the reins of this exciting trilogy that struck at the very heart of my soul. As a former seminarian and writer on comparative religions, Michael's story addresses the very core concerns of todays' global citizens—a plague of terror, economic uncertainty, racial division, human trafficking, crime, and violence, and much more. Michael brings us back to our very conscience existence in that the hero, Chris Pella, must remain committed to 'good' and not fall to the temptations of evil in challenging times."

Author, Michael Medico brings his unique perspective to "Evil Awaits", Book One in "The Sainted Trilogy", after more than two years of intense research and writing. "Robert and I connected immediately. We shared generational identity, a similar religious and family upbringing and he had a great appreciation of The Sainted Trilogy—and we believe that the story could have a positive impact on those trying to make sense in a world that can appear chaotic."

Michael brings a unique style to his characters giving life to the Sainted—a glimpse at their character, along with a touch of history of the saints long before their canonization. This is a story for humanity with or without religious convictions—it's about good and evil, and a committed love story.

"The Sainted, Evil Awaits" will be available worldwide at all fine online bookstores, on November 8, 2021, with plans for Book Two in the trilogy "Revelations" to be released December 8, 2021, and the final chapter in the trilogy novel, Book 3, "Megiddo" due January 15, 2022.

Information on "The Sainted Trilogy "can be found at: https://www.TheSaintedTrilogy.net

Interview with Michael Medico at:
https://www.youtube.com/watch?v=buKxUYAYnlc 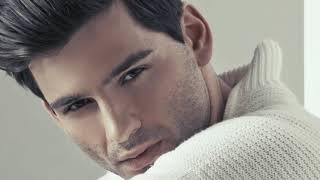 Interview with author, Michael Medico, on the release of Book 1, The Sainted Trilogy: Evil Awaits.