"Everything valuable is about rarity. Ultimately rarity is what sells."

These incredible pieces represent the very "best of the best" of Mr. Armstrong's work. The Six Cosmic 'X' paintings each retail above $100 million. Billionaire art collectors Jay-Z and Ken Griffin of Citadel, have been invited to view the collection. In the future, we think each of these originals will break the $450 million sale price of the now "disputed" Da Vinci "Salvator Mundi" that achieved the record price in 2017.

Rarity alone usually brings the highest prices in the art world and breaks all the records. But provenance is perhaps more important as no one wants to buy a painting that is later found out to be not genuine.

1) The Last Wizard
Jack Armstrong's "The Last Wizard" is the largest and most complex painting in his art collection.
This monumental art piece is a tribute to his friends - Andy Warhol, Jean Michel-Basquiat and is highly graffitied in style.

Visually brilliant and extreme texturing mark this immense acrylic on canvas painting, measuring 72″W x 48″H. "This is Cosmic 'X' as it transcends the known."

When asked to describe this phenomenal painting, Armstrong replied, "Its title is the 'name' Warhol gave me in 1985, saying after he was gone, I would become 'The Last Wizard of Art', as my work seemed to him more alchemy than art."

2) Warhol Naked
The "Warhol Naked" painting was created as a tribute to his friend Andy Warhol.

When asked "How can one best describe the relationship with a legend in modern art?"
Armstrong replies, "Through Warhol's introduction, I sold my early work directly to Elizabeth Taylor, Michael Jackson, Jackie Onassis, David Bowie and Freddie Mercury."

The Importance of Authenticity
Armstrong feels buying the original painting directly from the artist is the most non-controversial transaction and eliminates auction house or dealer impropriety. This is the main reason that Mr. Armstrong has always sold privately to some of the world's richest and most private individuals.

The wife of Banker Paul Mellon, Bunny Mellon was an early collector of artist Mark Rothko. Ms. Mellon eventually bought 13 paintings directly from Mr. Rothko at his small NYC Gallery. The paintings she purchased for small amounts in the 1950's were sold in 2013 for over $250M. Today they would bring over a billion dollars as their provenance is undeniable.
Duped You: The Story Of Knoedler's $80m Art Fraud – Netflix
Hype, Fraud, and Leonardo da Vinci

Armstrong states, "People buying in the largest galleries & auction houses in the world have been cheated. This is a fact. So when you buy directly from the artist (the provenance & DNA in the original painting) can never be challenged. The rarest art in history has always proven to be the most valuable & the rarest modern art in the world is Cosmic X."

Each Cosmic X canvas painting is multi-layered and Armstrong's hair, fingerprints and DNA are presented in all of his paintings. With only 100 paintings in existence, owning just one is an extremely rare opportunity for any serious collector, hedge fund or financial group.

The major auction houses all know the power of both Basquiat and Warhol, but Armstrong only sells privately. When the collectors who have purchased Armstrong's finally sell the work at auction, we know it will break the internet. Armstrong, Basquiat and Warhol will be the most expensive art in the world.

Jack states, "The most cosmic thing in my life was the period in 1999 that I spent creating the first Cosmic 'X' painting and it almost painted itself. I watched it appear, almost as an observer and its color and composition still seem to me – otherworldly and unique, in its bold symbolism of the universal magic that co-exists in us all."

We believe that the 100 "Cosmic X" art originals are the "holy grail" of the art world. Armstrong's work is a central point in the new transparent era, where quality, indisputable authenticity, and rareness break every art record.

The Basquiat 'rebel' independent-artist 'factor' still influences today's art world. When he lived in NYC, not a single museum, important collector, or corporation, bought his work. ''In 2021 museums, corporations, & collectors around the world advertise themselves using his original art.'' - J.A.
Basquiat's friends 'horrified' by Beyoncé and Jay-Z's Tiffany campaign

"Cosmic Paradigm X is my final masterpiece. It is #100. The last Cosmic 'X' painting I will ever create. It is unique in color texture & universal energy. It is a magical living entity."
Jack Armstrong Completes Steve McQueen Le Mans Replacement Painting - $110M

These 6 quotes from the book "Cosmic X" are included to describe the 6 paintings for sale.
1. "As art becomes code, it becomes cosmic." – J.A.
2. "The enlightened human being is the most creative force on earth." – J.A.
3. "We are code running thru the universe & returning again in code." – J.A.
4. "How can you understand something that doesn't exist until you become the code." – J.A.
5. "If the universe is simply code & humans are code, then each of us is universal in nature, Infinite, Immortal." – J.A.
6. "Once you realize we are code, the paradigms you then create, become infinite & unfathomable art." – Jack Armstrong

6) Cosmic #1
Jack Armstrong's "Cosmic #1" is another of his most important paintings. It is possibly the most highly textured and colored painting of all Cosmic 'X'. It also contains the Bold 'Jack' signature in paint over 6 times. The most in Cosmic X. Van Gogh also never signed his last name, only "Vincent."

Armstrong says, "The purity of buying masterpieces directly from the artist with unchallengeable provenance, is the new business model for the most astute collectors in the world. Provenance & Ultra-Rarity will create the new multi-billion dollar art-portfolios of the future."

"Rare Art is the Ultimate Luxury"

About The Life of Luxury:
The Life of Luxury is one of the leading, luxury concierge companies in the world. We offer VIP access to:
red carpet award shows, art and fashion shows, sporting events, movie premiers, music festivals, private parties, concerts and other global events. We also provide luxury travel, celebrity "meet & greets, private shopping services and more! 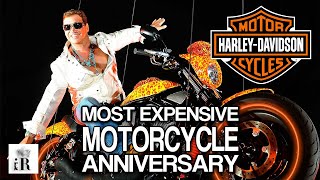