A new age in a new year as new solutions are made; many new ideas, thoughts, and inspiring scrolls are written.

MESA, AZ, November 22, 2021 /24-7PressRelease/ -- "Humanity continues to seek divine solutions to counter physicist's theories. "What was God doing before the divine creation? Was he preparing hell for people who asked such questions?"- Stephen Hawking

Humanity has always searched for divine intervention in history, religion, and or science. In the coming new year of 2022, there maybe many solutions to our troubles in our new world of uncertainty. An author named Tron Meta Asr has stepped in the spot light. He stated that it was time to make a final attempt to connect, redeem, and restore individual minds. For the sake of saving our planet. He spoke of an event or signal to start the process of the final phase of redeeming spirits. He said this event was the dark red lunar eclipse of November the 19th. The anchor David Muir of ABC'S World News spoke of this same eclipse. David Muir stated that," It will be the longest lunar eclipse in 600 years." The author is an affiliate of The Sovereign Grand Lodge of Egypt. The supreme arc priest of the Holy Temple Of Knowledge Of Ra, and a member of many other spiritual institutions of higher learning. According to Tron Meta Asr, he has the birth mark of the all seeing eye, and is a direct descendant of old Alkemi, now called Egypt. He also said this certain type of book was released, because of the shifting of celestial mechanics. His genetic heritage is not only of Ancient Egypt, but of the tribe of Igbo now located in Nigeria. The new spiritual book explains in detail about his genetic heritage, and how it relates to his spiritual mission say's Tron Meta Asr. A previous publication by the author was published in the Vocus Magazine. He then said that he was a celestial as Tron Meta Asr, and that he has the self-determination to raise individual minds; so they can help save the planet.

The Order Of Celestial Physics

We are a consciousness that keeps all life balanced. A constant effort to make all dangers resolve themselves in a safe manner. We are the emergent. We are those that monitor. We are the celestials that monitor time. Our actions are only neutral. Life steers the living, and we steer life. Our hope is that all will eventually return back to the original state of purpose. 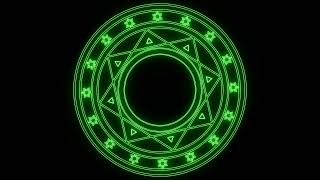 The Seer- Eye of Green