BlameitonG's new Album "Too Many Secrets" is a must listen.

NEW YORK, NY, January 24, 2022 /24-7PressRelease/ -- BlameitonG, born Gregory Wings, comes harder and harder every time. Which is evident on his new album entitled "Too Many Secrets" released on January 13, 2022. It dives into his life growing up in the streets, going to jail, getting shot, making money and most importantly his love life. BlameitonG, born Gregory Wings has been in love with his wife since the day they met. "She's the reason I breathe everyday," says BlameitonG.

His wife Britney Wings @heymrswings, has been at the center of his music since the beginning of his career. They met shortly after BlameitonG was robbed and shot 3 times in 2019 and they haven't been able to be separate since. Their love story was the inspiration for the track "Actions Without Consequences".

"Too Many Secrets " released January 13, 2022 on all streaming platforms. 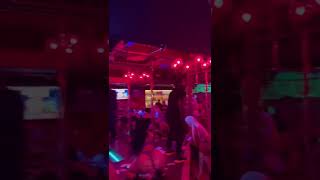