NEW YORK, NY, January 26, 2022 /24-7PressRelease/ -- It's rare that we see someone enter the music industry immediately knowing what they are doing, but BlameitonG, born Gregory Wings, seems to be a superstar in the making with "Actions Without Consequences". Since 2005 BlameitonG's lifestyle has been a crazy one, he's been living a lavish lifestyle for many years, filled with cars, mansions, yachts, exotic vacations celebrities, etc. Through his career, he's met tons of A-List celebrities who have guided him and sent him down the right path.

But BlameitonG is very familiar with the downside of life as well, in 2008 he was sentenced serve 8 years in prison and had to pay $19.5 million in restitution, he thought his life was over but after being released he had to start from scratch and it's what motivated him to obtain the success he has today. Building his empire one brick at a time and amassing a net worth of over $10 million dollars at by the end of 2021.

With the release of his single "Actions Without Consequnces", which represents him entering a new path in life, he's priming himself for a breakthrough year. The song takes R&B inspirations, while rising in a new school flow and lyrical delivery. The lyrics show real emotion and BlameitonG talks about his time in the streets and how he was able to make it out and live successfully.

We're definitely excited to see where BlameitonG goes from here. 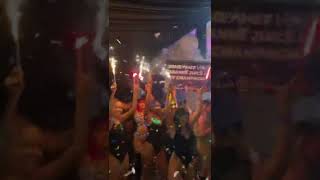