Look Out 2022! Dr. Barbara Taber Comes Out Swinging In a New Season of 'Take It Or Leave It', Addressing Big Questions In Tough Times

I am taking in the day's events just the same you are! It's up to us together to interpret what's going on, and if I can help make our way a little easier, then I've done my job.

SUFFOLK, VA, February 04, 2022 /24-7PressRelease/ -- After rounding out season one of her hit podumentary series, Dr. Barbara Taber was tasked with delivering a solid follow-up to open the new season. But where does one go from the top except for down? The answer for Dr. Taber was simple: break the glass ceiling and go higher.

In the time since 'Take It Or Leave It' began, Barbara Taber has turned what could've been a run of the mill web series into something truly groundbreaking; a podumentary phenomenon. Taber & Co. have joined the host's wit and wisdom with engaging, glossy production values, resulting in a show that has proven to be both timely and timeless. The recent introduction of full motion clip integration—a style that debuted in the season one finale—has made the show even more relatable and vibrant without losing any of its original "DNA".

After two back-to-back epics (episodes two and three, 2020 Division and Disorderly Transition, respectively) season two opens with a veritable booster dose of 'Take It Or Leave It' for all those in need! It is an exciting, concise exploration into some big issues of the moment. As usual, Dr. Taber is in fine form, unafraid to take on all the stuff other shows are afraid to tackle. She doesn't shy away from facing uncomfortable questions from either side of the political aisle.

In her second season premiere, Where Is Humanity?, Dr. Taber reminds us that she doesn't need to paint on a vast canvas in order to deliver a larger-than-life message. While 18 minutes is not exactly slight, it is indeed a much more compact vision than her recent podumentary outings. In something of a return to its roots, 'Take It Or Leave It's fifth installment very much resembles the series' first two episodes ever—which begs the question, is Dr. Taber working toward late season extravaganzas again? Time will tell.

Naturally, with so much ground to cover, and less than 20 minutes to do so, there will inevitably be viewers who want to hear more about Dr. Taber's views on any covered topic. Well, fear not, these are not closed doors before you, but rather new beginnings to open up a host of doors through which Dr. Taber will opine as the individual stories develop.

"This episode is surely part of a larger conversation," explains Dr. Taber. "And that conversation will evolve and develop over time. Remember, folks, I am taking in the day's events just the same you are! It's up to us together to interpret what's going on, and if I can help make our way a little easier, then I've done my job."

To be clear, Barbara Taber is talking about her job as host of 'Take It Or Leave It', not her other job as a new author.

Last year, Barbara began rolling out her debut book, Take It Or Leave It: Renaissance Woman with a Threadbare Filter, whose title is obviously inspired by her acclaimed web series. This project is also being rolled out virtually as a living, breathing work of art. Although it does not focus on current events (yet) it is a fascinating journey into the recesses of Dr. Taber's memory, as she navigates it herself in real time.

Dr. Taber has stated: "It's a groundbreaking way to present an autobiography, or any type of literature for that matter. As we have it set up, I can revise previously released material in the event that something jogs my memory, needs to be corrected, or for any other reason. This way, my audience is right there with me in the moment, which is exactly how I like it."

Chapters Three and Four of Take It Or Leave It: Renaissance Woman with a Threadbare Filter were released at the end of 2021, but Dr. Taber has since revised them, so even if you're already up to date, you might actually not be!

So, head over to Dr. Taber's official author's page, and take a look around. You just might learn something!

To learn more about the Take It Or Leave It, the podumentary series, visit Barbara Taber's official website.

To begin reading Take It Or Leave It: Renaissance Woman with a Threadbare Filter please click here. 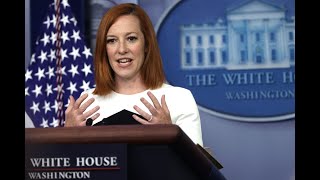 Take It Or Leave It 'Where Is Humanity?' Episode One, Season Two Hosted by Dr. Barbara Taber