TEHRAN, IRAN, February 27, 2022 /24-7PressRelease/ -- Amir Arsalan AleBouyeh known as Arsalan Arman, a famous Iranian singer. Arsalan Arman was born in Tehran, Iran on 03/17/1992. Javad Shirazi, his program manager, said at the beginning of his interview; Arsalan Arman started his first activity in 2011 in Tehran and started his first activity in 2015. His first music called "affiliated" caused a lot of noise in Iran and he continued his journey with a good reception from his fans. Javad Shirazi continued that Arsalan Arman is his artistic name and his real name is Amir Arsalan AleBouyeh and he intends to hold concerts in different countries of the world soon. He went on to say that Arsalan Arman is a very loving and honorable human being and a supporter of animal protection. We had a conversation with Amir Arsalan Alebouyeh, known as Arsalan Arman, and he said that he was very happy with the interview and that he was happy to invite him to this interview. "I will soon make a wide release of my music available for free on my personal website," he said. He further said that he is very interested in cyberspace and then thanked his program manager Javad Shirazi. And ended this conversation. 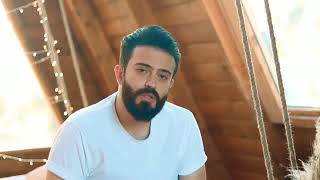