Esteemed educator, author and political commentator, Barbara Taber, Ed.D., has unveiled the latest episode of her acclaimed 'Take It Or Leave It' podumentary series.

Joe Biden is doing a lot of great things in the areas of Covid, climate, social issues, and more. But, for some reason, the administration has such a hard time actually showing this to Americans.

SUFFOLK, VA, March 17, 2022 /24-7PressRelease/ -- The stakes could not be higher. Russia's invasion of Ukraine is a powder keg that could trigger a new World War at any moment. Americans are feeling the pinch at the gas pump even more than last year. People are paying more for everything from lumber to lemons. Homelessness and violent crime are on the rise in major cities all over the country, and there are issues at the southern border.

It's kind of hard to get positive messaging through such thick fog. Enter Dr. Barbara Taber. Using her acclaimed podumentary series, Take It Or Leave It, she has issued a new and powerful warning to Dems everywhere: Improve your marketing!!!

"Joe Biden is doing a lot of great things in the areas of Covid, climate, social issues, and more," explains Dr. Taber, "But, for some reason, the administration has such a hard time actually showing this to Americans. If this doesn't change, Dems may be facing a historical defeat in the midterms."

The prevailing threat of a return of the "old guard" in 2024 looms eerily over this new episode, aptly titled Better Marketing. Sometimes this threat comes literally—such as in the form of Trump's Cheshire Cat grin—while other times it is merely a dark presence in the empty spaces. Either way, the concern is very real, and Dr. Taber is very serious about what could happen if the White House does not clean up its messaging.

Everywhere we turn right now, the thing we're hearing about most is the War in Ukraine—and rightly so—but the other problems we're facing are still present even if people aren't paying attention as much right now. With this episode, Dr. Taber aims to keep the public eye on other issues besides Ukraine and Russia.

Dr. Taber says: "Perhaps another marketing mistake by our current administration is that they're ignoring outstanding issues. This may work in the short term, but eventually the chickens are going to come home to roost, probably right around midterms, no less! Americans aren't just going to forget everything that was going on pre-war, so if Joe Biden and the Dems have any interest of holding power, there are some fundamental matters that need to be addressed."

In the new episode, Dr. Taber delves deeply into these other matters... and if you're worried that she's not going to cover the war in Ukraine, well, then you don't know Barbara Taber! Stay tuned for a big announcement on Dr. Taber's website regarding the next phase of Season Two.

To learn more about the Take It Or Leave It, the podumentary series, visit Barbara Taber's official website. 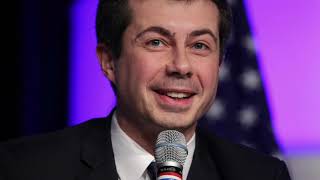 Take It Or Leave It: Better Marketing (S2:E2)