Backpack Hero won first place in the "Finally Finish Something 2022" game jam. It went on to become the most popular roguelike title on gaming website Itch.io, where it has amassed over 300,000 views.

Backpack Hero's creator and Jaspel LLC company founder Jasper Cole has been developing games for over 20 years and previously took the top prize in game jams for titles including Franken-Ghost and Oops! No Brakes.

The studio launched a Kickstarter campaign to fund the continued development of Backpack Hero and reached its initial funding goal of $20,000 in less than 24 hours. The campaign includes stretch goals for funding up to $150,000 to cover the costs of additional content for the game including new playable characters and a port to the Nintendo Switch.

Players can try the game now here and fund its continued development here. 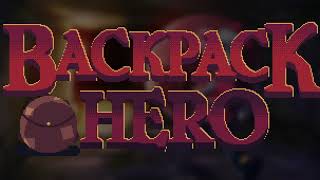