ALEXANDRIA, VA, April 20, 2022 /24-7PressRelease/ -- The Afghanistan that we know of today, bereft of music, art, and cinema, is not the real Afghanistan. It's unfortunate that the extremist forces have submerged the country in wars and oppression, so much so that the country has almost become synonymous with a war-torn nation. However, unbeknownst to most parts of the world, Afghanistan loves cinema and the country boasts a rich heritage of films. In that light, leading Afghan actor and director Ali Orokzai has recently released a new documentary, "Afghan Cinema Exists", that brings to light Afghanistan's great contributions to the world of cinema and the country's everlasting love for movies and moviemaking.

"Afghan Cinema Exists" focuses on some of the most significant and bravest filmmakers of the Afghan film industry who continued making movies despite multiple threats and attacks from extremist forces. One of them is Saeed Orokzai, a pioneering name in the Afghan film industry. His most famous blockbuster hit, "Mardha Ra Qawl Ast" (Men Keep Their Promises) is considered as a major revolution in the Afghan cinema scene. Some of his other famous movies are "Safar", "Khakestar", and so on. 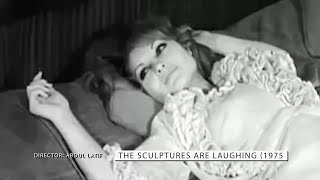 During the long period of war in Afghanistan artists and movie makers tried to bring the art back like before regardless of the barriers created by extremist groups.