"Captain Smith told the passengers in the lifeboats, see that light, row toward that light...that was the Californian just ten miles away."

CHICAGO, IL, April 20, 2022 /24-7PressRelease/ -- Human failing. That is what Bestselling author William Hazelgrove answers to why Titanic sunk. "It's very simple. There were two ships, the Mount Temple and the Californian within ten miles and both ships refused to come to Titanic's aid. His book One Hundred and Sixty Minutes The Race To Save The RMS Titanic has been at the center of the 110th Anniversary of Titanic sinking on April 14 1912 with an interview on ABCs World News Now and 30 presentations. When Will Ganass asked the question why don't I know this story to Hazelgrove in a recent interview, he responded, "Well, history is written by the victors." Indeed. The victors here would be Walter Lords A Night To Remember that set the floor for all books to follow.

"Its not that Lords book is wrong," Hazelgrove explained. "Its just he chose to interview a lot of First Class survivors and so it gives a you are there feel...but he did have luxury of talking to people who were still alive from Titanic." The author has been on a whirlwind tour with the accompanying attention to Titanic's fate with the arrival of the 110th anniversary. The 1997 movie is still the touchstone most people go to when talking about the Titanic. "Again the movie is not wrong, but there is a lot of mythology and the fact that two ships could be seen by the passengers and crew aboard the Titanic is glossed over." William Hazelgroves book has stirred up feelings both ways. "There are many that want the mythology to stay in tact, but we live in an age when mythology is being torn down...statues are being torn down...and in this case, the mythology is slowly sinking."

William Hazelgrove is the National Bestselling author of ten novels and ten nonfiction titles. His books have received starred reviews in Publisher Weekly Kirkus, Booklist, Book of the Month Selections, ALA Editors Choice Awards Junior Library Guild Selections, Literary Guild Selections, History Book Club Selections, History Book Club Bestsellers, Distinguished Book Awarrd. and optioned for the movies. He was the Ernest Hemingway Writer in Residence where he wrote in the attic of Ernest Hemingway's birthplace. He has written articles and reviews for USA Today, The Smithsonian Magazine, and other publications and has been featured on NPR All Things Considered. The New York Times, LA Times, Chicago Tribune, CSPAN, USA Today have all covered his books with features. His book Madam President The Secret Presidency of Edith in development He has two forthcoming books. The Brilliant Con of Cassie Chadwick and Writing Gatsby. 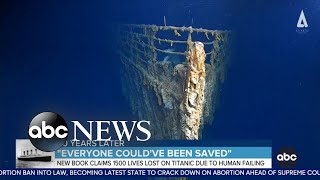