Registration for the 2022 Marvin Hamlisch International Music Awards ends on June 30, 2022 and submissions will be accepted through July 14, 2022.

The competition expanded its categories to enable musicians to apply in all of the following musical genres: Contemporary Pop (NEW!), Contemporary R&B (NEW!), Musical Theatre, Film/Media Scoring, Classical Composition and Jazz Composition. Composers worldwide are eligible to compete in categories for Youth (under 18) and Emerging Composers (pre-professional composers aged 18+) for cash and sponsored prize packages.

All composers from around the world are eligible and encouraged to compete, by registering online now - YES, THIS IS YOUR LAST CALL - for the 2022 Marvin Hamlisch International Music Awards. Registration will remain open through June 30, 2022 with submissions allowed through July 14, 2022 and all detailed information can be found at https://hamlischawards.org.

"I am so honored and moved to see that the legacy of Marvin Hamlisch is not only alive and well but enabling the next generation of composers of all walks of life and backgrounds through this competition," says Terre Blair-Hamlisch. "Creating opportunity for young and upcoming talent was always a passion for Marvin. This international music competition is a wonderful tribute to Marvin's enduring legacy which lives on in all who love and create music. He would be so proud of these young artists and of those who are creating such a prominent platform to showcase their talent."

"Marvin Hamlisch reached people of every walk of life through his extraordinary musical talent and infectious personality," said Board Members and Co-Founders Betsy Walters and Peter H. Gistelinck. "He was very much 'the people's composer,' whose compositions are forever a part of the Great American Songbook. But he was also cherished for his dedication to cultivating young musical talent and creating opportunity for their growth as artists and career potential."

"Queens College is proud to be a founding partner of the Marvin Hamlisch International Music Awards and honor its legendary alumnus Marvin Hamlisch," said Queens College President Frank H. Wu. "Preserving Hamlisch's legacy through this partnership will continue to create a multitude of opportunities for young composers around the globe."

The Marvin Hamlisch international Music Awards is grateful for the support of its founding partners: Queens College, Concord, Caroline's Cakes, the Aegon/Transamerica Foundation, ASCAP, Hal Leonard, Orange Tree Samples, MOTU, Embertone and Score a Score. Their generous contributions continue to help expand the impact of the Marvin Hamlisch Scholarship fund at Queens College for many years to come.

The Marvin Hamlisch international Music Awards is a New York State registered charitable not-for-profit corporation, governed by a 15-member Board of Trustees with a 25-member Honorary Board of Trustees, comprised of members who were all close personal friends and colleagues of Mr. Hamlisch. The mission of the organization is to foster and champion a new generation of composers through an international music competition with the vision of recognizing talent and building a diverse community of young composers worldwide. 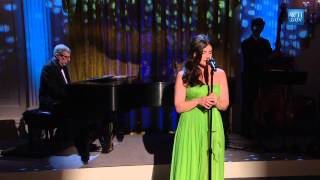