Orb & Arrow: Exploration, Book I available now in trade paperback and as an ebook

Orb & Arrow: Exploration takes both teen and adult readers on an exciting adventure through Darae where magic is real ...and dangerous.

HOUSTON, TX, June 28, 2022 /24-7PressRelease/ -- Pen It! Publications, a small traditional publisher of mainstream fiction, announces the acquisition and publication of V.L. Stuart's Orb & Arrow trilogy, a fantasy series set in the imaginary world of Darae where magic and adventure await our intrepid heroes at every turn.

"The rich, evocative world of Darae created by V.L Stuart immediately drew us in, as did the interplay between Brillar and Elden, the two main characters," said Kenney Myers, CEO of Pen It! Publications. "Just as kids and adults alike adore Tolkien's Lord of the Rings series, the Orb & Arrow trilogy should have wide crossover appeal, something we are looking for as Pen It! expands its catalog to include more fiction for readers of all ages, particularly in the sci-fi and fantasy category. We are thrilled to bring this trilogy to market for the first time as a trade paperback beginning with Orb & Arrow: Exploration."

Where Magic is Real... and Dangerous
Orb & Arrow: Exploration takes readers on an adventure through Darae where magic is real and dangerous. Twenty-two-year-old Brillar was expected to follow in her mother's footsteps and become a healer, but headstrong and impetuous, she has other plans. Now a highly skilled archer, she's forced to kill to free a Mage being held captive in enchanted chains. It was a defensive act, but that is no excuse for a healer.

Releasing a Master War Mage from bondage, however, could get Brillar killed . . . or apprenticed. When Master Elden insists on the latter, Brillar embarks on a journey not of her making. When it ends badly, she insists on taking a different path where her healing and newly acquired magic skills lead to newer and greater challenges.

"As a journalist, poet and essayist, I've been a writer all my life. I'm also a huge fan of science fiction and fantasy, cutting my teeth on Robert Heinlein as a kid and then discovering the delightful worlds of Anne McCaffrey as an adult. I also got involved in a 16-year-long MMOPRG (massive multiplayer online role-playing game) and Brillar was one of the characters I created for that. When the game ended, I missed it, not just the role-playing but the live interaction with people worldwide. So I sat down at my computer and 24 days and 91,000 words later, the Orb & Arrow series was born," said Stuart.

In addition to the Orb & Arrow series, Stuart pens a gardening column for amcostarica.com and Pen It! will shortly release on a nonfiction book based on that column. Originally from New Jersey, Stuart now lives in Costa Rick in the shadow of two volcanoes with her scientist husband and a wacky little dog.

Orb & Arrow: Exploration is on sale now and can be purchased directly from Pen It! Publications (www.penitpublications.com) or at Amazon and other online retailers. Book II in the series, Orb & Arrow: Honor will be published in September, with Book III in the series to drop in December. Readers can enjoy the entire series quickly without a long wait between publication dates.

About Pen It! Publications, LLC
Founded in 2010 as a family-owned book publisher, Pen it! was acquired by ebookfairs.com in May 2022. Bookstores and other sellers may be entitled to a negotiated discount by emailing [email protected]. 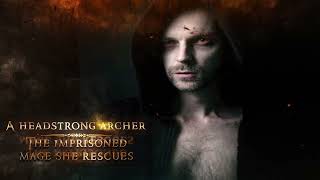