"It was bad enough that we were both seriously injured in the crash but the way our own insurance company treated us, it just made it so much worse" - Bernie Cook.

BLOOMINGTON, IL, July 05, 2022 /24-7PressRelease/ -- State Farm Mutual Automobile Insurance Company has settled a law suit filed against it alleging the company acted in bad faith against two of its own insureds. Bernadette and Charles Cook were injured in a car crash on June 21, 2015, when a drunk driver lost control of her car and caused a severe crash. That driver was killed, the Cooks were both seriously injured. The drunk driver was uninsured. Bloomington, Illinois based State Farm Mutual Automobile Insurance Company insured the Cooks.

Attorney, G. Grant Dixon III, Founder of Dixon Law Office represented the Cooks. "Uninsured motorist insurance covers you if the other driver involved in the crash has no insurance," he said. The Cooks made an uninsured motorist claim under their State Farm policy. The case went through arbitration and the Cooks won a significant award. "That should have been the end of the story, but it was not," Grant said.

"The Cooks felt that what State Farm did both during the arbitration and afterwards was wrong," Grant said. He continued, "our office filed suit against State Farm arguing their conduct was bad faith." The Cooks alleged in their suit that State Farm's counsel made improper, abusive, and unsubstantiated arguments during the arbitration case. The suit also claimed State Farm wrongfully failed to pay on the award. "We strongly believed a jury would have sided with the Cooks and their bad faith claims against State Farm. We felt the evidence of bad faith was overwhelming," Grant said.

Instead of fighting the case out, State Farm chose to settle. "State Farm agreed to pay $650,000. That speaks volumes as to the conduct here," Grant said. "It was bad enough that we were both seriously injured in the crash but the way our own insurance company treated us, it just made it so much worse," Bernadette Cook said.

The settlement is believed to be the largest reported settlement for a bad faith claim against State Farm in Illinois.

Dixon Law Office represents victims in automobile, worker's compensation, nursing home and other personal injury claims. For more than 20 years, the firm has been obtaining record results and multiple-million dollar. verdicts and settlements. With clients nationwide, they can be reached at 888-354-9880. 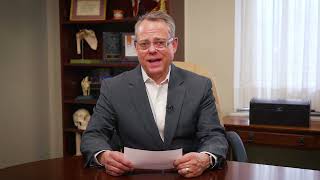