"I believe in justice more than most. Without it, often you leave victims to be victimized again by losing hope," said Napolitano.

NEW YORK, NY, August 09, 2022 - Victoria Napolitano, acclaimed international journalist and haute couture fashion designer, today announced her latest mystery adventure series titled, "The Knight of Fashion House", will be released this fall. Tapping into her previous career as hostage negotiator and police detective, Napolitano's new series follows the journey of a hostage negotiator whose life is turned upside down after an unexpected tragedy.

Based in New York, "The Knight of Fashion House" takes the reader on a thrilling journey as the narrator moves to Manhattan to begin leading a family friend's business in the wake of the tragedy. The events that transpire change the way she sees the world. A 13-part series, "The Knight of Fashion House" is a thrilling and provocative story that will keep readers engaged from start to finish. Napolitano's personal experiences, many of which coincide with the main character, help to bring the story to life. "I believe in justice more than most. Without it, often you leave victims to be victimized again by losing hope," said Napolitano. "I've always had a fascination with knights and it's time we had a female knight."

"The Knight of Fashion House" is Napolitano's third published work following the 2018 release of "Through Her Eyes: The Victoria Napolitano Story" and 2020 release of "Castle Mysteries on the French Riviera." The former describes the emotional and inspirational true story of Napolitano, who overcame numerous setbacks on her path to success.

An accomplished entrepreneur, Napolitano personally wrote and photographed "The Knight of Fashion House" herself. Upon completing the full series, she plans to work with a streaming service to bring the story to the big screen. In addition to her work as a storyteller, Napolitano is a talented haute couture fashion designer. Her designs have earned her numerous awards, including being named the winner of "Best Costume in a Film." Outside of growing her business, Napolitano was the recipient of the Martin Luther King Good Neighbor Award for her work helping young girls at a children's shelter. To learn more about Victoria Napolitano, visit https://victorianapolitano.com. 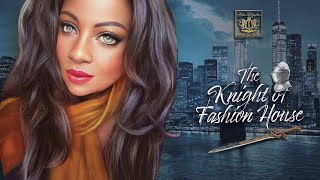 From Victoria Napolitano, the creator of 'The Knight Of Fashion House.