At THNDR our mission is to bring bitcoin to the world through play-to-earn mobile games. Club Bitcoin: Solitaire is the perfect tool to spearhead mass bitcoin adoption. Simply download, play, and win.

Solitaire, and classic card games in general, have mass appeal and are consistently among the most popular apps in the app store. They also serve as a safe, familiar, and fun environment for users to learn about bitcoin and earn their first free bitcoin. Bitcoin games are the key to bringing free bitcoin to the world.

THNDR is bringing bitcoin to the world through play, offering world-class mobile games and bitcoin tools for developers and businesses. 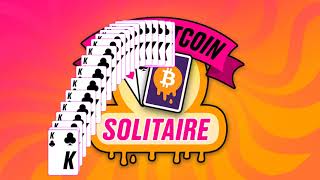 Club Bitcoin: Solitaire. The classic, but with free bitcoin prizes!