CLOUT A Documentary Series. How Far Would You Go For A Little Bit Of Fame?

With over one million followers on social media, Anthony Hyland has been the target of a cyber attack that saw him fighting for his life.

"In the age of social media, clout is by far one of the deadliest drugs".

HONOLULU, HI, December 28, 2022 /24-7PressRelease/ -- Episodes one and two have been released detailing Anthony Hyland, a U.S. Service member's struggle to clear his name after false allegations were made against him on social media of sexual assault. Watch "CLOUT' episode two here: https://www.youtube.com/watch?v=D6aGlqUkF4I&feature=youtu.be

Clout is an examination of what drives a person to weave a web of deceit in exchange for notoriety. Clout will evoke a visceral response of gut-wrenching disbelief as you watch Hyland wrestle with death threats against him and his family, and go through the legal process with NCIS through a federal investigation.

"That's what my life was worth? Two grand?"

What Would You Do For A Little Bit of Clout?

Anthony Hyland is a decorated United States Naval Sailor currently stationed in Honolulu HI. He is a published author and spoken word poet. Hyland holds a B.A. in Mass Communications from Vorhees College and a certificate of completion from Harvard Business School for Entrepreneurship Essentials. 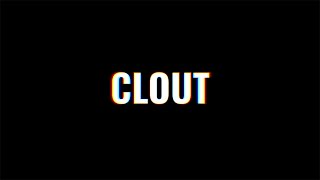