Imagining the Indian explores the impact that stereotyping and marginalization of Native history have had on Native people. It chronicles the long social movement to eliminate mascoting. KC area interviews are included in the documentary.

KANSAS CITY, MO, January 18, 2023 /24-7PressRelease/ -- The Kansas City Indian Center and the UMKC Masters of Social Work Student Organization have collaborated to bring a screening of the award-winning documentary, Imagining the Indian: The Fight Against Native American Mascoting to UMKC.

Free and Open to the Public.
A post screening discussion will be held with the following panelists:
Film Producers Kevin Blackistone, Ben West (Cheyenne), Yancey Burns, and Rhonda LeValdo (Acoma Pueblo) and Gaylene Crouser (Standing Rock Sioux Tribe) from the Not in Our Honor Coalition

A 2nd screening and panel discussion will be held Friday at Haskell Indian Nations University organized by Not In Our Honor Coalition.
Friday, January 20th
6pm
Haskell Auditorium, Lawrence KS
Christina Haswood, KS House District 10 Representative will be also be joining the panel.

Not In Our Honor Coalition members are organizing a protest of the continued appropriation and disrespect of Native American culture and identity near the entrance of Lot A of the KC football stadium on Blue Ridge Cut-off on Saturday, January 21st at 1:00pm. Allies are welcome! For more information, contact [email protected]
https://imaginingtheindianfilm.org/

Incorporated in 1971, the Heart of America Indian Center, Inc., d/b/a Kansas City Indian Center, operates as the Kansas City area's only multi-purpose social service agency for American Indians. We are a proud member of the Not In Our Honor Coalition.
www.kcindiancenter.org 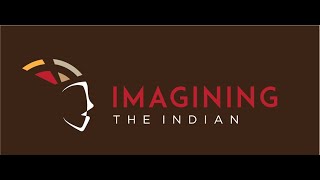