Jaki Nelson releases remixes of her single, "What We Wanna Do," with a video thats about more than the music.

"It's about breaking societal tropes," said the young singer-songwriter.

LOS ANGELES, CA, November 18, 2016 /24-7PressRelease/ -- With the release of the "What We Wanna Do" official music video, recording artist Jaki Nelson addresses her love for fun but also encourages us to think about the times at hand. At first glance, the video is about the American girls' desire to freely express themselves by throwing caution to the wind and experiencing life to the fullest even when inadvertently getting into trouble. However, taking a deeper look, Nelson challenges social mores through her unique style and casting decisions.

"It's about breaking societal tropes," said the young singer-songwriter. "It's about how completely normal it is that my best friend was in an interracial lesbian relationship. It's about how gorgeous Kenny, the Taiwanese love interest, is - when even in 2016 Hollywood, you will almost never see a person of Asian descent cast as the romantic lead." Nelson also expressed surprise that after casting the homeowner, "Many of my older audience assumed that Mario was the groundskeeper." Adding that "In the current political climate, especially in an election year, the idea of the 'other' is pervasive. And with the white women vote having gone the way it did, I feel a responsibility to help change that" by showing life as she experiences it within her social group and how she would like to see it represented in the wider media.

Now, Jaki Nelson is setting her sights on the remix pack she released today. "This is something I never dreamed of, these amazing remixes have started pouring in from all around the world by the most incredible DJs - I just had to officially release a few of my favorites!" Platinum selling Mr. Mig said "Jaki Nelson's voice has that mass appeal that people are looking for, transcending clubland and radio. Nelson "loved the way every one of them had an interesting twist on the vocal. I'm really excited to feature Mr. Mig, DJ Antoine, Gino Caporale, Leo Lippolis, Kilo Shuhaibar, and Luv Gunz on this remix pack." You can find it on iTunes at apple.co/2eEdLk3, and you can expect Jaki's next original release to come out at the beginning of the new year!

Jaki Nelson is an Electronic Dance Music artist and a TV/Film actress. 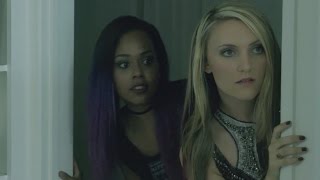