The Truth About White Supremacy, Sexism, And Mind Control In America Nominated For A Global E-book Award

Astonishing Discoveries, Unearthed Secrets, and How to Heal

MCKINNEY, TX, May 18, 2017 /24-7PressRelease/ -- A. L. Bryant's book, The Truth About White Supremacy, Sexism, and Mind Control in America is nominated for a Global E-book Award.

America is a wounded nation! It is suffering because of the social injustices that have been perpetuated by white supremacists and sexists throughout history. Though some think we have left the past behind, this is simply not true. There are constant reminders that we have not progressed far from past discriminations, as evidenced by the social injustices in recent media stories. Nearly one in five women are sexually assaulted, yet the justice system doesn't seem to care. In addition, many people simply do not vote for women, regardless of their qualifications. When you have a society dominated by one group of people who think alike, often they do not consider the rights of others. America's wounds are not just issues for those who are discriminated against; they are issues for the entire country.

The Truth About White Supremacy, Sexism, and Mind Control in America takes you on a journey through the history of America to unearth the truths behind white supremacy and sexism in society. Delve into the deepest and most fascinating secrets behind racism and sexism--the secrets they do not want you to know and may not realize.

Examine the origins and progression of racism, sexism, relationships in America, and the science and psychology behind what is real and what is an illusion. For example, many in society suffer from the Stockholm Syndrome, yet are completely unaware of this disorder. Discover how mind control is the weapon of choice to keep certain groups in power and others in the dark and oppressed. This book gives different perspectives from the physical to the metaphysical.

Finally, the book explores astonishing revelations about why we are here, who we are, and how to heal and evolve to a higher spiritual level. If those who discriminate accept the truth, they will rethink their very existence. Explore proven facts that will challenge the way one views people, life, and the universe.

About the Global E-book Awards

The Global E-book Awards honor and bring attention to the future of book publishing - e-books. Now in its seventh year, the Awards are in over 100 specific categories. They are open to all publishers so that a winner is the best in its category, not just the best of small or regionally-published e-books. Most e-books are also available as printed books as well.

The Truth About White Supremacy, Sexism, and Mind Control in America is currently available for $4.99 on several websites, including Barnes and Nobles, Amazon, and BookBaby.com.

A. L. Bryant is a former journalist, with articles published in the San Diego Independent newspaper and on popular blog sites. In 2003, Bryant won a literary award for a children's story.

Approaching every piece from the human perspective, Bryant has always sought to uncover, not just the facts, but the real issues behind the story. During this discovery process, and through personal interactions spanning over 25 years, Bryant is exposing tangible evidence about why some things occur in society. 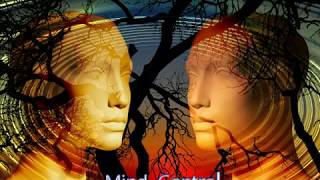