What is the Role of Public Relations, Communications and Marketing? Where Does a Press Release Fit Into the PR Picture? 24-7 Press Release Newswire Explains 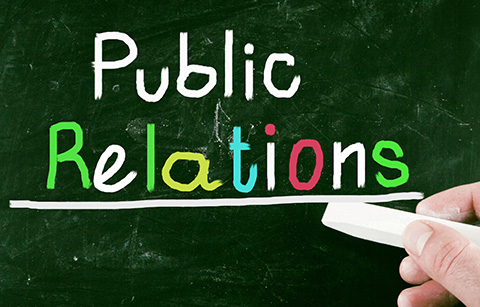 Almost daily, we hear terms such as public relations, PR, marketing and communications. In this article, we'll explain some of these terminologies.

24-7 Press Release Newswire service, a company that started in the press release service industry in 2004, is solidly positioned in the PR field as a successful leader in press distribution for small to medium sized businesses.

With a 4.6 Google Review rating, and an A+ rating from the Better Business Bureau, combined with more than 12 years' experience, 24-7 Press Release Newswire has earned substantial credibility within the PR industry.

Understanding These Terms: Let's Get Started
Although we hear job titles (public relations manager, account executive, etc.) and businesses that use the terms public relations, or communications in their names, many people do not know the differences between these specialties and their origins.

What are the responsibilities of a public relations professional and what do PR companies do? Dealing with the public and media and distributing press releases are a part of the job, but where does PR cross into marketing and communications? Are they all part of the same set of responsibilities?

The history of public relations dates back as early as the early 1900s, according to a publication at WikiPedia.org where it is stated that "most textbooks date the establishment of the 'Publicity Bureau' in 1900 as the start of the modern public relations profession".

Some have said that within the United States, public relations as a profession was originally founded by either Ivy Lee or Edward Bernay (http://www.ipr.org.uk/public-relations-through-time.html).

Ivy Ledbetter Lee was born July 16, 1877 and was known in America as an expert in publicity. Some of his early work includes PR for the Rockefeller family and the Pennsylvania Railroad Company.

Edward Bernays, born November 22, 1891, was also recognized as a founder of the PR profession. A quote in WikiPedia advises that he was "referred to in his obituary as 'the father of public relations.'". Life Magazine also named Edward Bernays as one of the top 100 most influential Americans of the 20th century.

Describing Public Relations
There are different ways to describe public relations and its various elements. Sometimes referred to as PR, it can be described as the management of the dissemination of information from an organization, business or individual to the general public. Typically, this is achieved by distributing press releases or news related articles to the media who, in turn, publish the information. In PR, payment is not exchanged between the news source and the media.

At one point, Lee was accused of trying to manipulate the press. Shortly after this he devised the following "Declaration of Principles" as per below, found over at OutBrain.

"This is not a secret press bureau. All our work is done in the open. We aim to supply news. This is not an advertising agency; if you think any of our matter ought properly to go to your business office, do not use it. Our matter is accurate. Further details on any subject treated will be supplied promptly, and any editor will be assisted most cheerfully in verifying directly any statement of fact. Upon inquiry, full information will be given to any editor concerning those on whose behalf an article is sent out. In brief, our plan is, frankly and openly, on behalf of business concerns and public institutions, to supply to the press and public of the United States prompt and accurate information concerning subjects which it is of value and interest to the public to know about. Corporations and public institutions give out much information in which the news point is lost to view. Nevertheless, it is quite as important to the public to have this news as it is to the establishments themselves to give it currency. I send out only matter every detail of which I am willing to assist any editor in verifying for himself. I am always at your service for the purpose of enabling you to obtain more complete information concerning any of the subjects brought forward in my copy."

From this point forward, the publishing of news and press releases on behalf of a company to announce corporate news was a model that took off and started to spur the public relations and communications profession.

In a world of light-speed transactions, journalists and researchers rely on press releases as their main news source. The methods used to distribute news and press materials has changed like a chameleon over the years.

A brief look at the timeline of events:

So why are press release sites like 24-7 Press Release Newswire so popular? There are a number of key reasons, including:

1. Referral traffic generated by the distribution of your press release across multiple press channels and news outlets
2. Content that may be sourced by journalists and researchers
3. Social media shares - when you post your press release, as mentioned in one of our previous articles, you should be sharing a link to your press release via your social media.
4. Pickup - When journalists comes across your story, finds it of interest and reach out to you for more information so they can develop their own version of the story. Once published, this can create enormous exposure.

PR agencies are already familiar with how to write a press release and adhere to some fairly stringent guidelines when acting on behalf of their clients. This is what they do and they know how to do it. If you are new to the writing of a press release, 24-7 Press Release Newswire has many excellent writing tips available through its Knowledge Base. Here are a few that you can run with:

Ensure you always keep your target market in mind. Keywords within your headline can be important. Do you keep up with trending topics in your industry? Using trending tools can help you keep on top of this. Addition of media is almost a must. Include video or images. Ensure that your press release is free from spelling or grammatical errors and that it is written in plain English, not technical jargon.

Public relations companies that understand your business are then able to churn out press releases fairly quickly and efficiently, which is why they have been so beneficial. In fact, in the United States, according to Quora.com, the PRSA (Public Relations Society of America) has a membership of more than 22,000 public relations and communications professionals.

The PRSA is a non-profit trade association for public relations professionals, with their headquarters in New York City, that was founded in 1947. Although an article in Quora.com advises the membership base of 22,000, WikiPedia claims 28,000.

We have discussed much about public relations, but what about communications and marketing? How do these tie into the grand scheme?

The best way to distinguish the two is to look at the differences between paid advertising and earned placement. Marketing, as a rule of thumb, typically involves the expenditure of money to achieve direct sales. Public relations is more about sharing newsworthy information with the media, leading to editorial coverage (media placement) that is written by journalists and, today, shared by social media. Public relations also has a reputation management component whereby positive relationships with those interested in a particular brand or company are maintained.

Typically, at 24-7 Press Release, we distribute press releases announcing a new product, service, or discovery - like NASA's recent headline 'Sequencing the Station: Investigation Aims to Identify Unknown Microbes in Space'. This would be of interest to journalists whose audience is interested in NASA and space-related topics.

In contrast, if a company wanted to employ a marketing strategy, it might take out some Google AdWords to advertise to a direct audience in hopes of a sale.

Tracking is another aspect where there are differences between a PR strategy and a marketing strategy. Although a PR firm may engage in tracking some results, like where a story was picked up and published--also known as tracking media hits or generating a "clip" report. More information about "what is a clipping service" can be found here.

A marketing company will go to great lengths to track advertising sales. An example might be XYZ company publishes a Google Ad. They would want to know when the clicks of the ad took place, the gender, age and location of those who clicked the ad (if it is possible to get), and then whether that person converted to a sale and or repeat sale. As you can see, the analytics between marketing and public relations can differ quite significantly.

When we scour the web and see different companies talk about their services, like PR, marketing and communications, where do communications come into play?