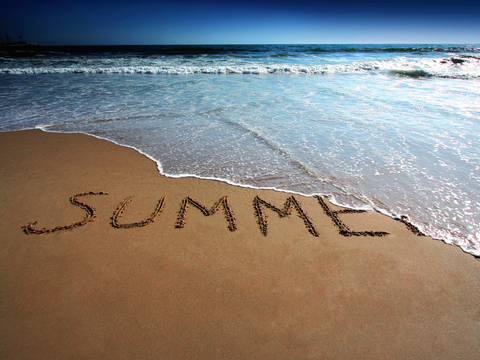 Summer is coming to a close in a few short weeks; however, you still have some time to take advantage of the quieter atmosphere in the news/press release world.

In the past, we had written a couple of articles about press releases over the holidays. The first article we wrote was titled "24-7 Press Release Newswire - Press Release Distribution During the Holidays: Why This is a Prime Time for Distributing a Press Release, plus some Do's and Don'ts", the second one was titled "Your Press Distribution Plan and Timing Over the Holidays -- Tips from 24-7PressRelease.com". In these articles, we discussed taking advantage of the quieter times around Thanksgiving and Christmas holidays and at that time, we were not sure how effective sending a news release would be at these times. Since then, after discussion with more journalists, we have a little more conclusive evidence that sending a news or press release during summer can be advantageous. Here are the overall consensus and thoughts with a little bit of data.

The holiday months
For purposes of this article, we are referring to the last couple of weeks of November through the first week of January. After discussion with a couple of journalists, their feedback concluded that during this time, it is more travel time to see family over the holidays, a time to hunker down and spend time with friends and family. The phone typically may get looked at, however very rarely particularly if they are in full holiday mode (full registered holiday). After all, Thanksgiving is one of the biggest holidays of the year.

The summer months
With the journalists we had conversations with, there was mention about made about how it is a wonderful time of the year to kick back and enjoy the sun and relax. We found this translated into although they are enjoying some relaxation time, albeit, at the beach, another city visiting friends or family, for whatever reason, they will still check their emails and see what is 'hot in their industry.' The only explanation from the journalists we talked with was "it just doesn't seem like a full-on relaxation holiday as Thanksgiving / Christmas type holiday." This answer was the majority; there were still a couple in the group that had said 'they don't check many emails.'

We were curious and wanted to check our statistics, and the data collected appears consistent with our findings. After looking at several press releases all using the same package (Integrated Media Pro press release package), we found, over three weeks the below-average numbers:

Another point worth mentioning is there is much less competition in the financial news market and 'Big Company' markets; it is just a quieter time for both, leaving opportunity for smaller to mid-size businesses to potentially reach more interested journalists and have a chance with greater visibility to your target market.