The Ecofaucet (TM) product line is arguably the first major innovation in faucets since the Romans invented the screw valve and Delta introduced the ball valve.

LOS ANGELES, CA, February 12, 2014 /24-7PressRelease/ -- Eco Products Group (EPG), a startup environmental technology corporation, has invented and developed a hands-free device capable of reducing water use by 50-70%. The Ecofaucet (TM) product line is arguably the first major innovation in faucets since the Romans invented the screw valve and Delta introduced the ball valve. Using the Ecofaucet (TM) allows consumers to control water flow hands free to use only the minimum amount of water needed for either bathroom or kitchen sinks.

It is common knowledge that we have a global shortage of clean, fresh, potable water. The situation is rapidly becoming so dire that it can only be a matter of time before we face mandatory restrictions on the amount of water we use on a daily basis for personal hygiene, washing dishes and clothes and flushing toilets. According to a recent article on UPI.com, for example, officials in California are convening a summit of state, local and federal water agency officials in Sacramento this week to discuss a statewide drought.

In the US alone there are approximately 112 million households with an average of 2.6 people per household. Average per-capita use of water through faucets is 10.9 gallons per day; the Ecofaucet (TM) could therefore conserve around 9,000 gallons per household a year. The Ecofaucet (TM) system can be retrofit installed for any existing faucet fixture with just pliers, a screwdriver and basic 'handyman' ability.

"I first conceived the idea of a hands-free way to control water, when I observed the amount of water that was being wasted either washing a glass in the kitchen sink, showering, or shaving," says EPG CEO Harmon Houghton. "It was obvious that we needed to find a way to control the flow of water that was hands free - from that point, we had the concept for what would eventually become the Ecofaucet (TM)."

Click here to find more information about the Eco Products Group and to see a short video. 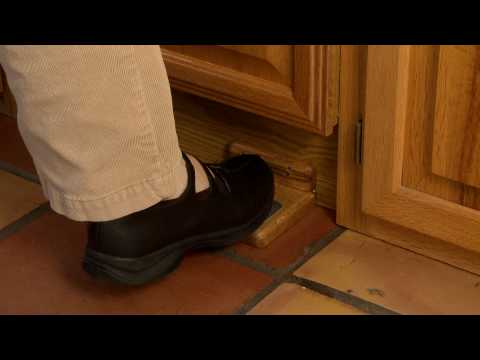