The author, who suddenly found his children bombarded by media messages he had helped create, offers up a history of child-targeted advertising, and provides tips to teach families how to be informed viewers and consumers

LOS ANGELES, CA, November 11, 2014 /24-7PressRelease/ -- "I'm excited to reach other parents with my part-media history, memoir, parenting guide," exclaims Hollywood insider Bill Ratner, a nationally known radio, TV and movie voice, award-winning story teller, and author of the newly released Parenting for the Digital Age: the Truth Behind Media's Effect on Children and What to Do About It (Familius, 2014, paperback and e-book, 224 pages, $15.95/$9.39, ISBN 978-1939629050). The book is now available on Internet bookseller sites (Amazon, Barnes & Noble, Target, Familius), and in U.S. bookstores.

Media colleagues and reviewers laud Ratner's bird's eye view of the history of child-targeted advertising, the challenges of excessive screen time, and his innovative solutions for families. "Bill Ratner offers that rare thing that no hand-held device will ever make obsolete: a good old-fashioned story, of a father who makes his life in media, confronted by the dangers of too much television and too many computers. And his wise decision to unplug... and (get) back to what matters most: human relationships," writes Labor Day author Joyce Maynard. "Lucid and thought-provoking," adds Jane Claire of Barnes & Noble.

"In some ways writing to give back, Ratner wrote this book out of his passion for interrupting the damaging effects of indiscriminate and even addictive use of digital media. He loves the media he criticizes but he is criticizing the excesses, not the whole package," writes psychotherapist Carol Smaldino on her Huffington Post blog.

Ratner is an American voice actor best known for his voice in movie trailers, and as the voice of Flint in Hasbro's syndicated TV cartoon G.I. Joe. In addition to a successful radio/TV/film career, Bill is a master storyteller--National Storytelling Festival Slam Teller, Best of Hollywood Fringe Festival winner, eight-time Moth StorySLAM Winner, published short story writer, essayist, and playwright. He lives in Los Angeles with his wife and their two media-loving daughters. More about Bill Ratner can be found at www.billratner.com

Familius is a family and parenting media publisher which provides an online community where parents can seek out and share advice and access a wealth of contemporary parenting content, tools, and resources rooted in traditional family values with the motto "Let's Talk Family." For more information on the book please see http://www.familius.com/parenting-for-the-digital-age. 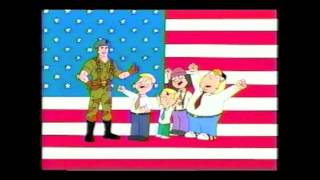