Chad Lieberman Predicts the Future of Nano Robotics in Our Society

NEW YORK, NY, September 11, 2015 /24-7PressRelease/ -- "As is the case with most things robotics, it seems that Korea and Japan will be the birthplace of robotic maids." These were the words of Chad Lieberman when he held a talk on the future of robot maid and robot butlers.

A recent announcement from the Korea Institute of Science and Technology showed a demo of the latest pair of domestic robots. These robots are capable of autonomous activity and movement within a household. According to Chad Lieberman, "These robots are created to mimic the human form and to perform day-to-day tasks like putting clothes in washing machines and turning them on and even preparing a cup of coffee complete with bringing you breakfast in bed."

Chad stated that, "The technology is several years away from commercial use, but with the great interest in robot maids and robot butlers, I can bet that these robots will be in commercial use very soon." Chad Ian sees hotels, assisted living facilities and households being the greatest customers for these robots.

Chad Ian Lieberman stated that, "There were about 3,540,000 service robots as of 2006 (in comparison to 950,000 industrial robots). This shows that that most of the research on robot maids and butlers is already there and the future is bright."

Chad Lieberman stated that, "According to most robot maid/butler designs, the robots will be in constant RF communication with base stations, constantly updating internal mappings that the different components share. There will be sensors that will be feeding individual robots environmental data for easy planning of paths to avoid obstacles." There will be need for charging stations where the robots will charge, usually at night when they are not needed. They will also feature advanced behavior based AI and safety stop devices activated by voice or touch.

Chad Lieberman Inc. is among the top 100 off- and on-page SEO companies in the world. The company also offers other website promotion services like social media marketing, affiliate marketing, and online reputation management. All its services are customized. Learn more about the company on its blog http://www.6WSEO.com/blog 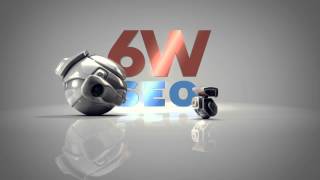