Renee Zawawi has been nominated for five Independent Music Network Awards. The IMN Awards include Favorite Mainstream Female Artist, Impact and New Discovery Artist along with Favorite Single and video for her hit single "Happy Hour".

NEW YORK, NY, December 29, 2016 /24-7PressRelease/ -- Renee Zawawi is "Happy Hour"! She is a petite American Beauty Queen, who has big brown "puppy dog" eyes and a smile that can light up any room. She is not just pretty; she is also smart, as evidenced by the brainy quotes that she is so quick to throw out, as well as the amazing music that she is able to produce. Renee Zawawi, the New York Uptown Girl that was born and raised in Philadelphia, Pennsylvania. Even though she was born in the USA, Renee has managed to leave an international mark. This is because she grew up traveling around the world. Renee is a very unique and accomplished performing artist, having earned dual visual and performing arts college degrees.

Renee studied art and literature at Arcadia University. She also studied photography and film (motion picture development) at Brooks Institute and graduated in December 2015. She performs at her "Photography Gallery" show and at local bars. The music and imagery that Renee is able to produce is definitely appealing to the senses. Through her artwork endeavors she was able to turn the 50's and 60's visual "Pop Art", into performing art and present her first performing art videos in the early 2000's during her first gallery show entitled: "The Four Seasons Video Art." She has also self produced a 17-month Calendar and her original demo album lyrics, music and image: "Legends" which inspired the making of many other singers.

Throughout all the successes and accomplishments, Renee has also dealt with her share of tragedies. For most of her life she searched for her mother, only to finally find her at the funeral. She spent a great deal of time trying to find out about her late mother and even took a trip to Quebec City (where her mother lived) in order to fill in the missing pieces about her mother's life. During her time in Canada, Renee managed to learn French and expand her horizons socially. Renee wrote several songs about not only her mother, but also about her father as well as her relationships. Despite the heartaches and the pain that she had experienced, Renee made the decision to be happy and live a happy life.

Working a traditional schedule might work for most people, but not for Renee. In the morning time she is busy focusing on her blossoming photography career, during the afternoon time, she naps to recharge the batteries. Then right afterwards she is back on the social scene, socializing with friends and admirers during "Happy Hour," typically between 5 to 9pm. She absolutely loves spending time with her fans and friends performing outdoors to (at various venues), be it crashing friend's wedding and birthday parties. "Bundle of lights bundle of joy" friends describe.

Renee Zawawi retuned to the music and art scene and held a successful "Mom Gallery Show" at the Grapes and Hops, located in Ventura, California also in December 18 2015. She has also self released rendition of the classic Elvis song "Blue Christmas," utilizing her sultry vocals and artistic wizardry to bring about a breezy, warm, and coy 21st century twist on this musical classic.

Renee Zawawi music fuses New American Rock with Top 40 Pop Sound to create listening pleasure for her fans. Renee Zawawi is at her best in her original songs like "Happy Hour," which combines her passion for music and photography.

"Renee Zawawi "Happy Hour" is the new "forever" Happy occasions song about the happiest hour in each ones's live from engagements and weddings to graduations & celebrations." AB 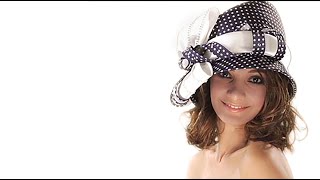