Located 12 Miles From NYC Realty Executives Elite Homes Has The Best Online Presence, Better Than Any Other Real Estate Office in Nutley NJ

We Are A Tech Driven Enabled Brokerage

NUTLEY, NJ, June 29, 2018 /24-7PressRelease/ -- Each year, tech-savvy customers who have grown up during the Internet Age and are fluent in social-media platforms such as Facebook, Twitter and Instagram make up more and more of Matthew De Fede's clientele. As a Realtor, he has needed to constantly innovate new ways to meet these potential clients where they live – on their phones – in order to bring them where he lives — Nutley.

Whether it's data mining, precision advertising or value-added videos, De Fede has been at the vanguard of a new approach to the real estate industry. By continually integrating technology into his business, Realty Executives Elite Homes, De Fede has been able to market his services to more people, better serve his clients and set himself apart from other agents.

"I get asked all the time by my regional directors, 'Who's your competition in town?'" De Fede said. "I go, 'Well if you think about it, I don't really have any because nobody is playing in that space.' I'm Amazon, they're Bradlees."

Gone are the days, De Fede said, when the only way someone in the market could get information was to wander into a real estate office and thumb through the massive binder of properties listed in the Multiple Listing Service, or MLS in real estate parlance. Also gone are the days of sitting at a desk and waiting for a phone to ring.

Today, some transactions are done by a click, a text or an email. For example, prospective buyers who see a charming house on, say, Grant Avenue or High Street, don't even have to set foot outside their cars to get a close-up look on the interior. By punching in a code, they can take a virtual tour on their phone.

"But what happens with that, that actual lead, or that client's information automatically gets sorted over to the listening agent via text message so we can follow up," De Fede said. "So our whole advantage is speed to lead. So as soon as somebody signs in there, we're on the phone two minutes later (saying), 'Hey, we saw you saw the home. Would you like to get an actual tour of it?' So that's technology that we're pioneering. Nobody else in town has that."

Retargeting has also been an effective tool. Here's how it works. De Fede will take a new listing, do all the photography, put it all on the MLS and give it its own website. That allows him to encode a targeting cookie that can seek potential buyers.

"So now we take that and put it on Facebook and we boost it, boost it a certain area, a certain demographic," De Fede said. "So, if we are selling a home that's $350,000, a first-time homebuyer, we're not going to look for people making salaries of $500,000 and up. We're going to look at a certain salary, if they're getting engaged, did they just have a baby, are they looking to move. What are their behaviors? We target their behaviors."

He said 85 percent of his clients are people from New York who are looking to settle down and start a family in Nutley. They sometimes take a virtual tour or two and ride off back to the city. De Fede, however, can retarget them whether they are riding the subway or walking in Time Square.

The future is video, he said. It has an immediacy that people will continually crave. Within two years, he predicts, Facebook will be nothing but videos. In time, he thinks he'll be Facetiming with customers around the country, selling them homes.

"It's going to be the push-button mentality of, 'Hey, I like this home. Can you walk me through it? I want to buy it,'" De Fede said. "Click a button and, boom, I have a mortgage. That's where we're heading. What's going to happen is it's going to kill off those people who don't adapt, and there's a large number of people who haven't adapted to the technology that's already in place."

De Fede, who has been a Realtor for about 15 years, remembers going to arcades and comic book shops in Nutley during the golden-lit days of his childhood. His family has called this 3.5 square-mile townhome for some 80 years.

He wasn't always destined for greatness, however. He describes himself as an F student who was placed in remedial reading. In high school, however, his guidance counselor recognized his artistic talents and talked him into switching into a vocational school.

De Fede's life changed. He felt a sense of purpose. His self-esteem rose, and he was getting A's across the board.

He went to college and studied illustration. Soon, he was working for several corporations as an art director. He also started working with real-estate agents, buying two or three properties a year. He realized he could probably do it without their help, so he went and got his license.

"I liked it," he said. "Then I said, 'Wait a minute, what if I merge two of my passions: real estate; and marketing design and marketing. That's how my business came about. So, I look at this as an ad agency. I have it up on the wall: We're a tech-driven ad agency. That's exactly what we are."

The technology part of it came while he was working for ad agencies in the early 1990s. When AOL and dial-up were cutting-edge technology, he and a friend learned HTML and learned how to create websites. De Fede was doing it on the side until he got hired to create sites for Ford and a few TV networks.

And now Realty Executive brings together his areas of expertise and his various passions. That allows him to be hands-on in every aspect of the business, from marketing to advertising to customer service to selling.

"That's the advantage," he said. "That's the cornerstone of the business because the knowledge and stuff that I have done in the past, I'm implementing into my business every day. Larger companies, competitors, they have to go out and hire an agency."

And he's confident it will help him reach even more potential homebuyers, wherever they may live. 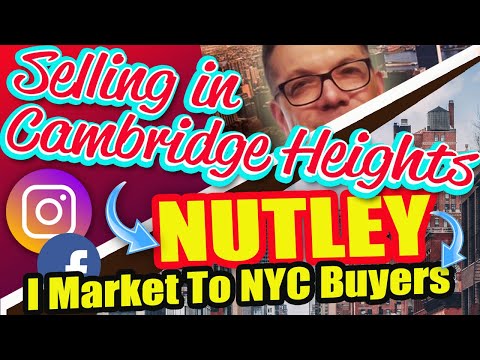