Joe Biden became the 46th president of America on January 20th 2021, and he wasted no time taking action to remove many of Trump's controversial and divisive immigration policies.

Living and working in the United States has always been a dream for many. With Joe Biden as President, this dream can now come true for many people around the world.

While the Muslim-majority ban was initially challenged back in 2017, by 2018 the Supreme Court upheld a revised version that was expanded to include 13 countries. One of Biden's first executive orders was to cancel this.

Biden is also taking aim at the Mexican border wall, one of Trump's key policies. He plans to immediately halt work on the wall and to end the state of emergency that's diverting funds from the Department of Defense. Hopefully the funding will be redirected into projects with some use to the American people.

Another key policy of Trump's administration was the Migrant Protection Protocol. While the name sounds potentially positive, it was based around the restriction of movement of migrants from Mexico and Central America and was the basis behind ICE's internment camps. Biden stated removing this protocol would be one of his first orders, but making the physical changes will take some time.

On a more positive note, Biden plans to raise the cap on resettling migrants in America. Trump set the cap at 15,000 a year, a historic low. Biden will raise the cap to 125,000, which is similar to Obama's resettlement levels during his administration.

What all of this shows is that Biden and his administration are taking a much more positive and progressive approach to immigration. He has already proposed the US Citizenship Act of 2021, which includes a number of positive changes for workers in the USA and for those seeking visas in the future.

Some of the key points include creating an 8-10 year citizenship program for undocumented workers currently living in the country. Some will receive Temporary Protected Status with a view to Green Card application and citizenship in the future. Others, including Dreamers, will have immediate access to a Green Card, with the potential for citizenship to follow 3 years later.

Finally, and most importantly there are now new hopes for immigrants as President Joe Biden plans to improve and strengthen the Diversity Visa Program. Also known as the US Green Card Lottery, you probably already know that the program is designed to offer a Green Card to those from countries with lower immigration status. Biden plans to increase the number of Green Cards issued through the program from 55,000 to 80,000.

We at the US Green Card Office welcome these reforms, as we feel it shows a more progressive attitude towards immigration, regardless of what route the applicants take. Hopefully, this will set the right tone for the next 4 years of American immigration policies. As Joe President Biden says, it's now time to move forward with US immigration.

If you need professional assistance with your immigration matters to the United States then give US GREEN CARD OFFICE a call and talk to one of our immigration lawyers. We are here to help your dream come true. Call us now on +1 646 564 5615 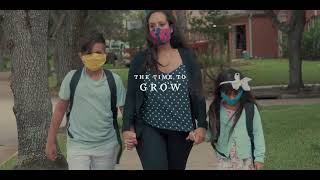 The time to move forward is now.