Richard Runyon, legendary storyteller and retired FDA employee, lives up to his Q4 2022 Flagship status with an exciting slate of new releases.

I am putting this document into the world to establish my legacy for the long haul, so I know that my story will be told—and told right.

SEATTLE, WA, November 23, 2022 /24-7PressRelease/ -- There is no doubt that 2022 is Richard Runyon's year, and 2023 is shaping up to be even better. In a short time, Mr. Runyon's statement of success has skyrocketed thanks to internet visibility. With the arrival of his amazing, new website a host of opportunities has opened up for Runyon to bring his trailblazing content to the world.

Richard's long-form interview series is an account of epic scope being rolled out in spectacular fashion. 'A Story to Tell' made its debut this past summer, and already the written series seems destined to find a home amongst those seeking an old fashioned success story! Six installments are being rolled out in 12 months, covering various aspects of Mr. Runyon's life. He aims to draw the reader into a meaningful space.

"My goal is for people reading this to feel like they've lived it alongside me," explains Richard Runyon. "I am putting this document into the world to establish my legacy for the long haul, so I know that my story will be told—and told right."

Most people would agree that it's a pretty good story, too! So good, in fact, 'A Story to Tell' has spawned a spiritual companion piece called 'Richard Runyon's Storybook'. The latter is a groundbreaking sextet of short films based on Richard's beloved stories. This is what would Richard Runyon's life would look like if it were presented in the medium of fine art, like a real storybook or painting.

With 'Storybook' there is no limit to what can be achieved through visual storytelling. There is no sequence too dreamlike, no sail too vivid, no expression so specific that it cannot be adapted to this exciting platform where man and machine intersect. The result is an A.I.-driven tour de force that drops viewers right into 'Richard Runyon's Storybook'!

Richard Runyon is one of the most exciting prospects in his space in 2022, which is why his Q4 2022 Flagship status is being celebrated here. Stay tuned! 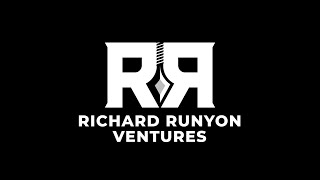